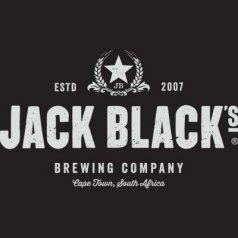 Jack Black’s cites distribution as the main factor behind the agreement.

Heineken has purchased a minority stake in Cape Town craft brewer Jack Black’s marking the Dutch giant’s third South African acquisition in twelve months. During 2017 it also purchased stakes in Soweto Brewing company and Stellenbrau. The partial-acquisition model followed in the Jack Black’s deal is similar to one Heineken recently undertook with Brixton Brewery in London.

Announcing the acquisition on the Jack Black’s website, co-founder Ross McCullagh stated that Heineken’s distribution capability was key to the decision, saying “we’ll have a partner that will help us expand our network and get our beer to all parts of the country, and possibly beyond. This means you’ll have better access to our beers”.

Commercial pressure in South Africa has been intense since AB InBev entered the market in October 2016, acquiring the country’s largest brewer, South African Breweries, as part of its £69bn takeover of SABMiller worldwide. Since then we have seen the entire South African hop crop reserved by AB InBev for the sole use of its subsidiaries. For Jack Black’s, now ten years in business, the Heineken tie-up offered the best way to guarantee the company’s future.