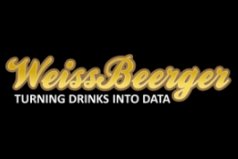 Israeli beer analytics company WeissBeerger has been acquired outright by AB InBev in a deal reportedly worth $80m. The Tel Aviv-based company was founded in 2011 and utilises Internet of Things (IoT) technology to collect and present real-time information to brewers and bar owners. As well as volume data collected from “smart taps”, the WeissBeerger system can also monitor beer quality via temperature sensors, freshness monitoring and “sanitation recognition”. Point-of-sale functionality promises users a data-based approach to creating combo offers to match customer preferences. The company claims that revenue from every IoT-enabled beer tap can be increased by 32%, while halving wastage at the same time.

This is not the first time that AB InBev — better known in recent years for acquiring breweries — has invested in beer industry data. In 2016 it purchased a minority stake in beer review site RateBeer. This appears to be part of a wider disruption strategy, incorporating companies involved in subsidiary activities such as retail and media, as well as small, formerly independent, breweries.

It remains to be seen how AB InBev will utilise the information it can collect via WeissBeerger’s systems, though it seems likely that, as with RateBeer, the company will be able to see trends emerge across the industry, as they happen, creating a competitive advantage over its global rivals.