Workshops organised by the EBCU for delegates and members Do you wish to suggest a future workshop?

“Challenges to the Brewing Industry from Climate Change” with Tim Webb 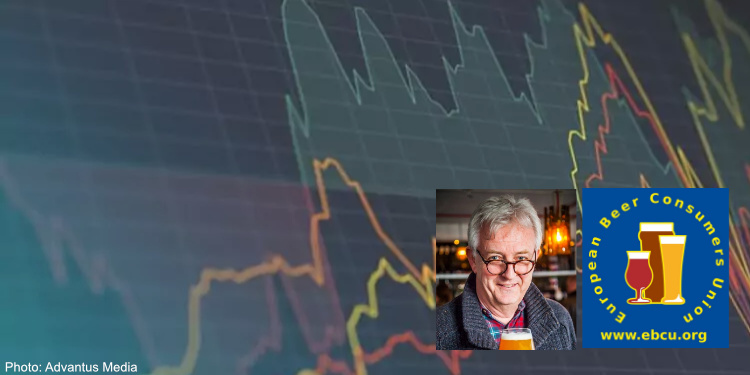 So, finding myself accidentally in the company of a global expert, I asked him, “Is there an easy way to avoid catastrophic effects from climate change?”, and he said, “Sure. Be under 50.” That was ten years ago. Since then the incline has got steeper and the path become lined by large corporations bent on securing their continuing financial success. Brewing is around 4% of the global economy and its carbon footprint is significant. The way it carries out its business must change in line with the needs of our grandchildren. Greenwashing won’t work. This seminar will analyse the problems, the proposed solutions and the issues that are still unaddressed. Tim Webb  is an EBCU Project Coordinator, beer consumer champion and author.

“Beer and Food” with Anikó Lehtinen from Olutliitto 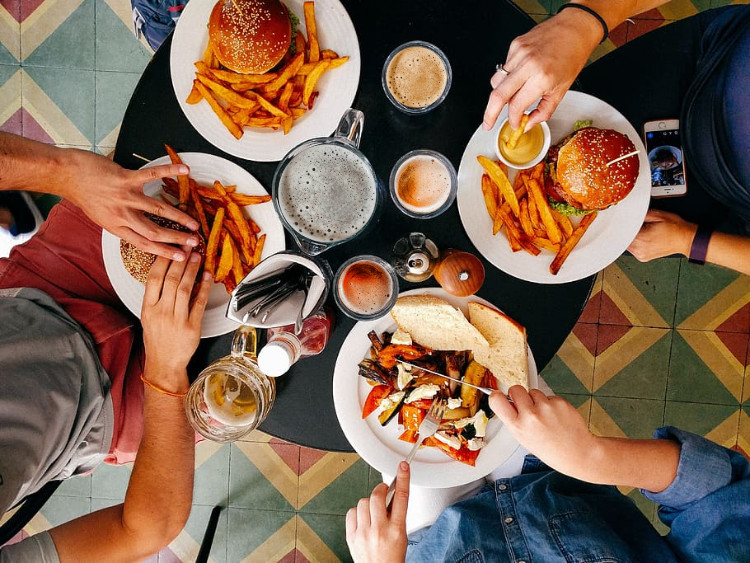 If you want, you can reserve the following snacks and beers for the workshop, or you just come and listen: 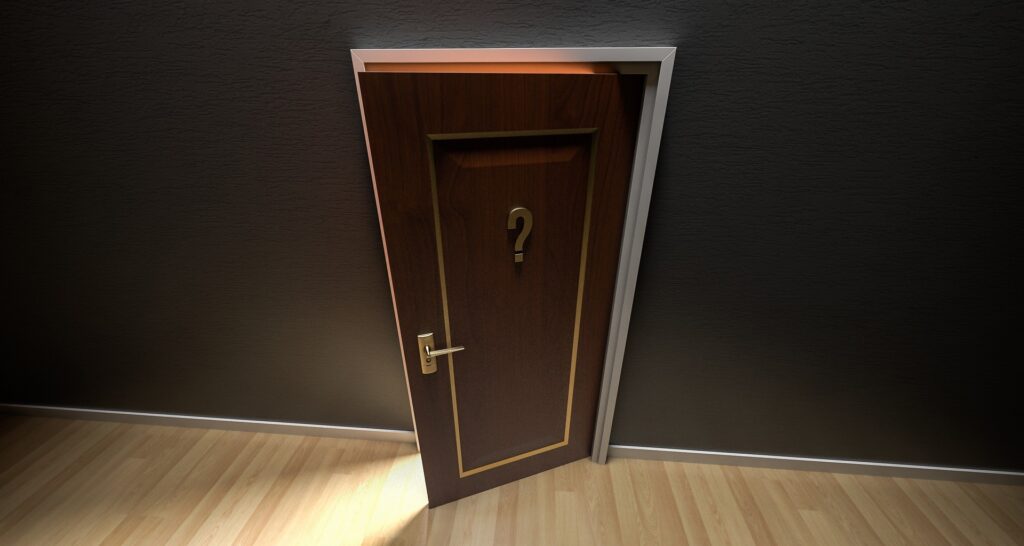 Despite some improvements, there is still a lack of women involved in the European beer industry. Although it cannot be proved (no figures are available), the Brewers Association in the USA quotes  from a survey in 2019 ‘about 7.5% of the staff of reporting breweries employed a female in the brewer role’ although this grows to 14% in the “production, non-brewers” staff roles. Perhaps then it is not surprising that UK’s Dea Latis says that only 17% of women drink beer at least once a week (compared to 53% of men). They also add that male-oriented advertising is the main barrier to over a quarter (27%) of women drinking beer – rising even higher for the 18-24 year-old female group to almost half (48%). The situation is equally bad regarding people from a non-white background. Again, no figures are available for Europe but the USA report that only 12% of their craft breweries are owned by non-whites and there are even fewer when it comes to brewing staff (11%). If you think these figures for diversity are poor, the involvement of LGBTQ people seems even worse although no one at all seems to report on these! All of these three sectors have people who drink beer and many feel that the industry does not reach out to them. What are the barriers to engagement? What has been tried and what worked and didn’t work? And what can drinkers do to make the beer industry truly inclusive? This workshop will be chaired by Christine Cryne Master Trainer, accredited EBCU beer judge. She will be joined by three people from the beer industry including Jing Chen, co-owner of the Black Lab Brewery and Bistro in Barcelona, Gordon Keen, Head of Marketing at Laine Pub and Brewing Company, who introduced the ‘All For One Apprenticeship Scheme’, Anikó Lehtinen who is a beer journalist and the Chair Person of Olutliitto, the Finnish Beer Consumer Union and Cian Duffy, a pub historian who is active with Beoir (Ireland).

By the start of 2020 the beer industry in Europe was showing strong signs of renewal. The number of small independent breweries had broken through the 10,000 mark for the first time in seven decades, the 21st century’s slow fall in beer sales was starting to reverse, traditional and modern beer styles were appearing in abundance, and there were even some signs of larger and smaller breweries starting to work together to mutual benefit. Then came COVID. With bars and restaurants being locked down all over Europe for much of the last year, shaking hands and hugging outlawed in most countries, and many people fearful to leave their homes, what now is the future for hospitality and how will this affect the brewing industry? What breweries are affected the most? Those dependent on bulk sales or smaller ones making a precarious living from a small number of accounts? Have brewers been looking out for each other or is there a battle for survival? How will beer and brewing move forward as the dust settles and the masks are removed? And how can consumers help? This workshop will be hosted by Tim Webb, beer consumer champion and co-author of The World Atlas of Beer, and will include on the panel Simon Spillane, Director of Communications and Public Affairs at Brewers of Europe in Brussels, Claus-Christian Carbon, Professor of General Psychology at the University of Bamberg and Ina Verstl, brewing economics journalist from Brauwelt magazine. 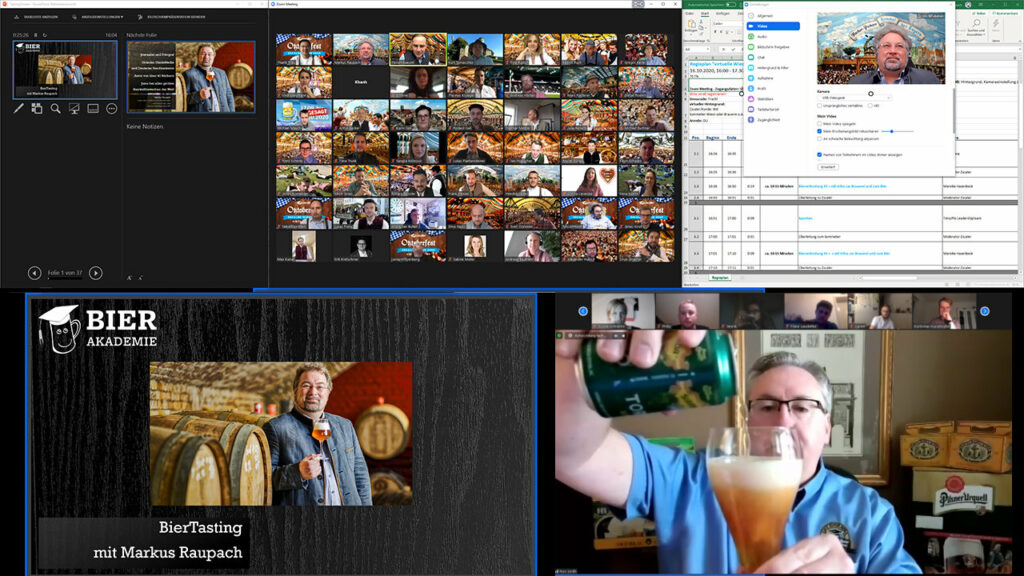 The beer industry has gone through considerable growth and change over the past 20 years, particularly in the areas of digital marketing and the use of digital events such as online beer tasting and judging. The 2020 pandemic has intensified this trend. There are many challenges in adapting existing and implementing new event concepts such as beer festivals, competitions and tastings into a digital format. In this workshop, Markus Raupach will give an overview of his experiences as an online tasting and judging provider and offer essential insights from his experience in developing the Deutsche BierAkademie and as German chair of the World Beer Awards judging team. In addition, Anita Ujszaszi, Awards Director of the World Beer Awards will be participating as a speaker. The following questions (and more) concern all those who want to move into the world of online tasting:

Markus Raupach is President of the German Beer Consumers Union and founder of the German Beer Academy. He is also a beer sommelier, brandy sommelier and cheese sommelier, an experienced international beer judge, member of the British Guild of Beer Writers and the North American Guild of Beer Writers as well as a recipient of the Bamberg Beer Order, board member of Bierland Oberfranken and the Association of Bavarian Brandy Sommeliers.

You are invited to attend a presentation by Alex Metcalfe, who will outline the beer education programme being rolled out by the Campaign for Real Ale to which EBCU members may gain access in 2021.

The online presentation will show how the programme can benefit EBCU member organisations and will include:

To register for an online event, please go to https://www.ebcu.org/events