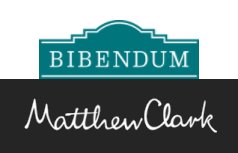 A shockwave travelled through the UK drinks industry last week with the sudden announcement that Conviviality, the company behind familiar retail brands such as Bargain Booze and Wine Rack, had called in administrators amid mounting debts. Said administrators have yet to be appointed, but today it was announced that Irish drinks giant C&C is poised to take over Conviviality’s wholesale arms, Matthew Clark and Bibendum. Both subsidiaries specialise in wine wholesaling but also carry a wide range of beers, ciders, spirits and soft drinks.

C&C made a similar move in Ireland in 2012 when it acquired the successful Gleeson Group of drinks wholesalers, and in Scotland in 2014 when it completed its acquisition of the largest wine and spirits wholesaler, Wallaces Express. As a drinks producer, C&C is best known for Magner’s Cider but also owns the Tennent’s Wellpark Brewery in Glasgow and Menabrea in Italy. It also has a financial interest in microbreweries across the UK and Ireland, including 5 Lamps, Whitewater and Drygate.

This latest acquisition will be co-funded by AB InBev, though the precise nature of the arrangement has not been disclosed. The companies already have a close working relationship, with C&C having purchased Wellpark from AB InBev in 2009, and also acts as distributor for AB InBev’s portfolio (except Budweiser) in Ireland.

Matthew Clark is the UK’s largest independent drinks distributor and around 1,500 people are employed between it and Bibendum. By acquiring the companies as going concerns, C&C and AB InBev will gain a huge degree of new access to the UK drinks market, allowing increases in volume, margin and visibility for their beers and ciders.