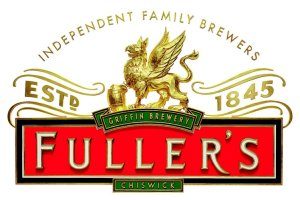 London brewer Fuller, Smith & Turner announced today that it was preparing to sell its production and wholesaling operations, including the Griffin Brewery, to Asahi. The company will retain its pub estate and will establish a “strategic alliance” with Asahi to ensure that pubs remain stocked with Fuller’s beers. Included in the sale are the Gales and Dark Star beer brands, previously acquired by Fuller’s, as well as their Cornish Orchards cider.

This is Asahi’s second London acquisition, having previously bought Meantime from AB InBev following the latter’s acquisition of SABMiller in 2016. Other European Asahi brands include Pilsner Urquell and Peroni. It is the latest in a number of investments by multinational brewers in London breweries, with Brixton, Beavertown, London Fields and FourPure all having been wholly or partly acquired by various large beer companies.

Fuller’s cited pressure from both price-competitive industrial breweries, and microbreweries who benefit from progressive beer duty, as among the reasons for its divestment of beer production. In a statement, Chief Executive Simon Emeny said “the core of Fuller’s and the driver of our future growth is now our premium pubs and hotels business.”