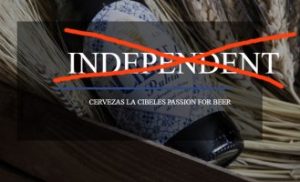 Heineken’s Spanish operation has announced the acquisition of a majority stake in Madrid’s La Cibeles craft brewery. This marks the latest in a long history of Heineken buying roughly half of formerly independent brewing companies, going back to Paulaner in 2002 (since reduced to 30%), Lagunitas in 2015 (since increased to 100%), Brixton in 2017 and Beavertown earlier this year.

In the case of La Cibeles, founder David Castro will remain in charge of the company with Heineken promising minimal intervention. Castro has stood down as president of Spain’s craft brewers’ trade group Asociación Española de Cerveceros Artesanos e Independientes.

As is usual in such takeovers, the opportunity to increase capacity and reach new export markets has been cited as the main reasons for the transaction. The terms of the deal have not been disclosed.