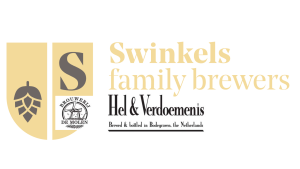 Brewers of Bavaria lager had previously owned 35% of Dutch microbrewery

Brouwerij De Molen of Bodegraven in Zuid Holland announced today that it has passed complete ownership of the company to Swinkels Family Brewers, the Dutch giant formerly known as Bavaria. Swinkels had owned 35% of the company since 2015, an announcement De Molen made in 2016.

In the statement, De Molen said the move was “triggered by various internal and external developments” including “the huge and growing amount of local breweries [and] the saturation of the market “. This reflects a concern for small breweries across Europe that the smaller players are being squeezed and there is often no alternative survival strategy than to partner with, or sell to, a larger concern. Though De Molen claims there will be no changes to the way it operates and innovates, it does raise a serious issue of consolidation and diversity in European beer.

Swinkels already owns the La Trappe brand of Dutch Trappist beers, Belgium’s Palm and Rodenbach breweries, and the importer Bier & Co. Adding a modern craft brewery to the portfolio adds an extra dimension to their offer.

De Molen’s management team will remain in place under the new arrangement and the terms of the deal have not been disclosed.