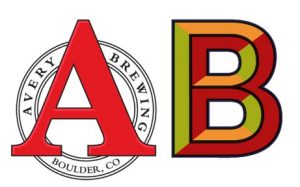 As 2017 comes to a close, the final rush of brewery takeovers is under way. Last week Spanish giant Mahou San Miguel announced a 30% acquisition of Avery Brewing in Colorado. Avery is a long-established US craft brewery, opening in 1993 and now distributed in 33 US states. The purchase matches the 30% that Mahou San Miguel already owns in another Colorado craft brewery, Founders, purchased in 2014. Founders is still a highly respected brewer so it seems likely that this 30% model will be employed again to help leverage craft credentials for international macrobrewers.

This pattern has been replicated in London, where Brixton Brewery has sold 49% of its equity to Heineken. The amount invested by the Dutch brewer was not disclosed but it will allow Brixton to move premises, quadruple production and add cans to its offer. In 2015 Heineken bought 50% of Californian brewery Lagunitas, only to follow this up with the purchase of the remaining 50% shortly afterwards. It remains to be seen if that will be repeated following the upgrade of Brixton’s operation.