Microbrewery is second Australian acquisition in 2017. 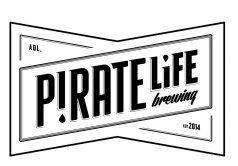 Founded in 2015, South Australia’s Pirate Life made a name for itself very quickly in Australian craft brewing with what President of AB InBev’s Asia Pacific South Zone Jan Craps called a “lifestyle-driven brand”. Expansion of the brewery’s portfolio into sour and barrel-aged beer is cited as an advantage of the takeover, echoing the AB InBev purchase of US brewery Wicked Weed earlier this year.

No changes of personnel are expected at Pirate Life following the deal, said co-founder Jack Cameron.