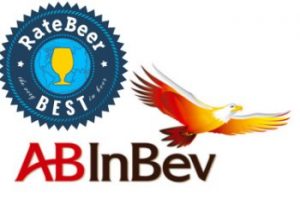 According to Eisenberg, the roots of the deal go back a year previously to 2015 when AB InBev (via its “disruptive growth” division ZX Ventures) acquired a Brazilian beer rating app called beHoppy. It seems likely now that the beHoppy technology platform will be merged with RateBeer’s large database of users, beers and ratings. In his statement, Tucker mentions that maintaining the infrastructure behind RateBeer has been a major challenge in recent years and describes the amount of work as “monstrous”. The new deal will allow investment in resources and technology to improve how RateBeer operates.

For its part, AB InBev will now have access to a vast historical archive of consumer information, dating back 17 years and including hundreds of thousands of users and beers all around the world. GBH quotes ZX spokesperson Samantha Roth as saying the tie-up will give the company insight into consumer trends and the global beer market. Eisenberg notes how this also ties into a wider strategy of becoming more closely involved in direct-to-consumer distribution:

this investment into the digital, app, and e-commerce delivery space globally follows AB Inbev’s opportunistic approach to the value chain in general. Where they’re legally allowed, they own distribution companies. And increasingly, they’re investing in hospitality and direct-to-consumer models with their suite of craft acquisitions globally. In this same way, the digital and delivery investments, being largely made in countries with different—or no—three-tier laws, is giving them a major first-mover advantage in a potential future for beer experiences.

Tucker, meanwhile, has stated that the fundamental purpose and activities at RateBeer will remain the same.