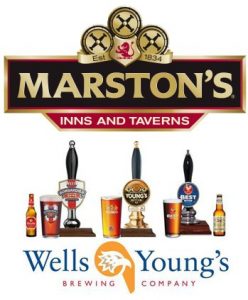 Two of the largest brewing groups in the UK have joined forces with the £55m sale of the Charles Wells Brewery in Bedford to the Burton-on-Trent-based Marston’s. The deal includes the main Wells brands, including Bombardier, Young’s, McEwan’s and Courage, but excludes the company’s 200+ pubs. It’s understood that the Charlie Wells and John Bull beer brands will remain with Wells, and that a new and smaller brewery will be built to supply these beers to the Wells estate.

Marston’s has a long history of acquisitions and mergers, having begun as Banks & Co, latterly the Wolverhampton & Dudley brewery, and growing to incorporate Jenning’s, Ringwood, Wychwood, Marston’s itself and, more recently, Yorkshire brewery Thwaite’s. It has a record of maintaining the breweries it acquires and Wells will bring the total number of production sites it operates to six.

Reacting to the news, CAMRA voiced a concern over further consolidation in the UK beer industry, though also relief that all of the breweries involved will remain operational.