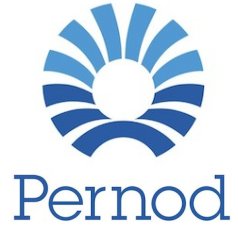 French multinational Pernod Ricard has announced its acquisition of Irish brewery Eight Degrees. This is the company’s first foray into the beer market anywhere in the world.

Pernod Ricard has long been a major operative in the drinks industry in Ireland, owning leading whiskey brands including Jameson, Midleton and Redbreast through the Irish Distillers conglomerate which it purchased in 1988. In recent years it has released Jameson whiskey aged in barrels previously used for beer, working in collaboration with breweries such as Beavertown in the UK, Captain Lawrence in the USA and Franciscan Well in Ireland. Franciscan Well itself was purchased by Molson Coors in 2013. Both breweries, and the Irish Distillers distillery, are located in Co. Cork. This “Caskmates” programme will now continue using Eight Degrees beer.

Eight Degrees was founded in 2010.  From a core range of three, it has expanded its output across a wide range of beer styles including multiple seasonals and one-offs, winning several awards in Irish and international competitions. It will shortly be expanding its brewing capacity with the commissioning of a 100hL Kaspar Schulz brewhouse acquired in Mauritius in 2014 and painstakingly reassembled in Ireland. In a statement, the Eight Degrees founders stressed that the deal was done to allow them continue innovating and experimenting. Neither employees nor management will be affected by the acquisition.

A spokesman for Irish beer consumer group Beoir congratulated the founders and expressed happiness that an Irish brewery has been granted this opportunity to continue growing. As a foreign-owned company, Eight Degrees now falls outside the remit of both Beoir and the local independent microbreweries’ organisation, the ICBI.