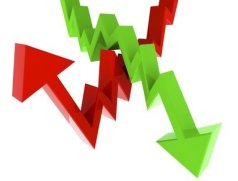 2018 sales figures down for mainstream brands

Danish beer giant Carlsberg released its sales figures for Q1 of 2018 this week, showing a 5% drop in beer sales globally. While much of this is accounted for by poor performance in the Russian market where the company is heavily invested, it is noteworthy how the result varies across Carlsberg’s brands in Western Europe. The flagship Carlsberg “Green” lager is flat, and, according to the Chief Executive, losing market share. Meanwhile the company’s premium brands, such as Grimbergen, Kronenbourg 1664 and even Carlsberg Export lager, have all seen increases in sales, as has the non-alcoholic section of the portfolio.

The results show in microcosm the challenges facing all of the global beer companies in the west: the established brands which once paid the bills, are steadily failing in their ability to perform. Growth is to be found in premium brands, either developed from scratch or acquired from previous independent companies. For the consumer there is much to be concerned about with this continued trend, regarding both transparency issues and the negative impact on beer choice.