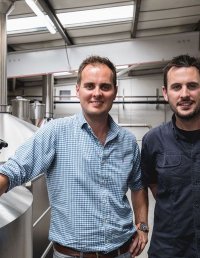 Bermondsey microbrewery is the second London brewer to sell to a multinational in recent weeks.

While this is Lion’s first UK acquisition, it has experience of the craft beer market, having previously taken ownership of Australia’s Little Creatures and Emerson’s brewery in New Zealand. Other well-known Lion brands include Toohey’s, Boag’s, James Squire and Speight’s.

There are no immediate operational changes planned for FourPure: all management and employees will remain in place and the brewery will not be relocating in the foreseeable future. The reasoning behind the sale is to expand the existing operations. In a statement, FourPure founders Dan and Tom Lowe said “We’ve now reached a point where if we want to reach more people and get them drinking good beer, then we need more resources, equipment, and amazing people.” Additionally, however, FourPure will be looking to export as part of the Lion portfolio, especially to Asia, while at the same time Lion beers from Australia and New Zealand will now have a straighter route to market in the UK and Europe.