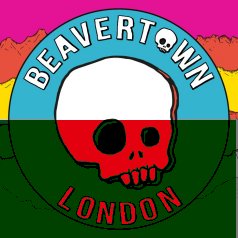 In a blog post on the Beavertown website today, the north London brewery’s founder Logan Plant announced new investment by Heineken in his company. The possible deal had been subject to much rumour and speculation in recent weeks.

The arrangement is described as “arm’s length”, and Plant stresses that Beavertown’s essential operational independence will not be compromised. He states that this desire to pursue the company’s goals unhindered was a factor in rejecting venture capital as a possible funding source.

With the new investment, Beavertown will be building a new brewery and visitor centre outside London, dubbed “Beaverworld”. Their existing site in Tottenham Hale will be retained. The aim is to increase beer production from 45,000hL to 450,000hL per year.

Heineken already owns a minority stake in another London brewery, Brixton, purchased in late 2017. Its fellow European giant Carlsberg snapped up London Fields Brewery earlier the same year. The precise percentage of Beavertown now owned by Heineken has not yet been disclosed.