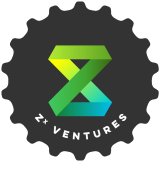 As part of its new role in dominating the global beer business, AB InBev has set up a “disruptor” company called ZX Ventures.  Global brewer meets The X Files sort of thing.

It is headed up by a man called Pedro Earp, whose official title really is Chief Disruptive Officer.  He has been speaking to camera recently, as has his sidekick Alex Nelson but only in short bursts.

Earp has spoken similar words to Beer Business Daily, an on-line publication that is good enough to justify an annual subscription of US$675.  This means we cannot provide readers with a direct link to their story but in it Earp describes ZX Ventures’ functions as being to develop new “products” and businesses in order to stay ahead in a changing brewing landscape, and to “invest in the future”.

They focus on five main areas:

ZX Ventures’ official aim is to take a minority stake or acquire in full start-up companies, an aim that fits with any venture capital operation.  Earp describes that they look to invest in companies that have, “passionate founders and a best-in-class product” and which are “really good at solving consumer problems and needs” but whose “capabilities …. (are) …. complementary to AB InBev’s”.  (For Brits, imagine BBC TV’s Dragon’s Den, but aimed at talented brewers and others who cannot get the banks to back them.

The tease is that AB InBev has huge international distribution to assist innovative companies that have business agility but lack the access to markets.  What they omit to point out is that the great international distribution is designed to ship massive volume products.  It is not designed to shift a couple of pallets of something brilliant to somewhere that wants to try it.

It is hard to know what to make of the disruptor-in-chief’s comments but they include that ZX Ventures on behalf of ABI is:

On the Ratebeer stake, Earp is clear that they were “just trying to help” Ratebeer founder and erstwhile international beer hero Joe Tucker, who needed resources to expand internationally, so how could they refuse?  It is not clear how that makes them money.

On why the Ratebeer investment took six months to be revealed, the response was scarier.  Earp is quoted as saying, “…. with some of the companies where we make minority investments, it’s up to the company to decide whether they want [to disclose] who the shareholders are.  Some we can’t talk about.”

Knowledgeable and concerned beer consumers are unlikely to have a major problem with disrupting traditional markets.

It is just that the sort of disruption they might have in mind would be reversing the assumption that a small number of incomprehensibly rich families can stack up stagnant fortunes pointlessly through the marketing of overhyped dull beers at a massive mark-up, just because it is quite easy to get people to swing along with the adverts.