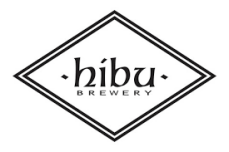 Birrificio Hibu, established in Milan in 2007 but now based north of the city in Burago di Molgora, was purchased last week by a subsidiary of Dutch giant Heineken. A report on the acquisition appeared on the BRAUWELT International news site, among other sources.

Company founder Raimondo Cetani is quoted as saying that the new arrangement will allow the brewery to grow while continuing its business as usual. As well as the production brewery, Hibu runs a pub in its home town as well as Il Locale, a bar specialising in Italian craft beers in the Danish capital Copenhagen.

Italy is one of the few countries with a statutory definition of craft beer – birra artigianale – stipulating that brewers must be financially independent in order to use the term. This law was passed at a time which has seen much activity by large international brewers on the Italian microbrewery scene, such as AB InBev’s takeover of Del Borgo last year, and Molson Coors’s acquisition of Birradamare in July.