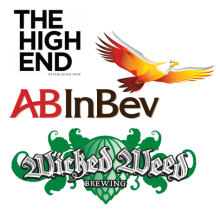 AB InBev’s brewery-buying spree across the world continues apace with its latest purchase, Wicked Weed, founded 2012 in Asheville, North Carolina. Asheville is well known in American craft beer circles for its dozens of microbreweries, and craft giants Sierra Nevada and New Belgium also have outposts in the area. Wicked Weed specialises in sour, wild and barrel-aged beers and has a brewery dedicated to their production, as well as a 50 US-barrel (59 hL) main brewhouse.

The deal is subject to regulatory approval and the terms were not disclosed.