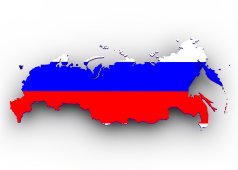 Ever since the 2008 takeover of Scottish & Newcastle by Carlsberg and Heineken, the Russian beer market has been dominated by Carlsberg, who acquired the Baltika beer brand in the deal. Turkish brewer Anadolu Efes is a distant second place, controlling just 16% of the market. AB InBev’s local subsidiary sits slightly behind on 14%. SABMiller owned a 24% stake in Efes which passed to AB InBev following their takeover of that company last year. Now, these two companies have announced a new joint venture to help boost their profile against Carlsberg, and falling beer sales in Russia generally.

The deal, which is due to be finalised in 2018, will see the creation of a new Russian company, “AB InBev-Efes” which will be run on a 50-50 basis with board members from both partners. Reuters reports that AB InBev will be seeking to use the superior Efes distribution network to push their portfolio of recognisable international brands, such as Budweiser and Stella Artois. If successful, the arrangement will increase the value of AB InBev’s stake in Efes, making it a more attractive proposition for a potential future buyer.